The world is grappling with drug crisis since times immemorial. Hundreds of people die every day from drug related overdoses while millions suffer from drug addiction. The drug crisis has reached such proportions where it does not only pose a danger for public health but is fast becoming tedious for the economy and a threat to the national security. The problem always begins with over prescription of legally approved medicines.

But the influx of cheap drugs like heroin and other synthetic opioids supplied by drug peddlers both nationally and internationally has resulted in creating destruction.

In recent years we want to not only cut down on both domestic and foreign supply of drugs and also limit the number of prescriptions in the country. Moreover, Federal and State officials are trying to reduce the demand by focusing on the treatment of drug addicts rather than just punishing them.

Opium or opioids have been commonly used to treat pain while methadone is used for the treatment of addicts in addiction centers. In 1990s opioids became popular as doctors prescribed them for cancer patients or for persons who had undergone surgery.  But recently these drugs are given to patients with back, knee or joint pains although their safety and effectiveness have always been questioned. 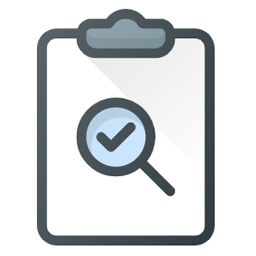 We work in several countries round the globe using anonymous online research methods by running annual surveys in many languages. We work with globally renowned companies who promote our findings and surveys ensuring the general public benefit from our reports.

Our survey results are true and honest. We explore both the positive and negative sides of drug use detecting new trends as soon as they make an appearance. We have a distinctive insight into the personal lives of drug users. Our analysts and researchers have a thorough experience in data analysis and writing reports.

We have the expertise to make digital health applications offering screening and brief interventions for alcohol and drugs.