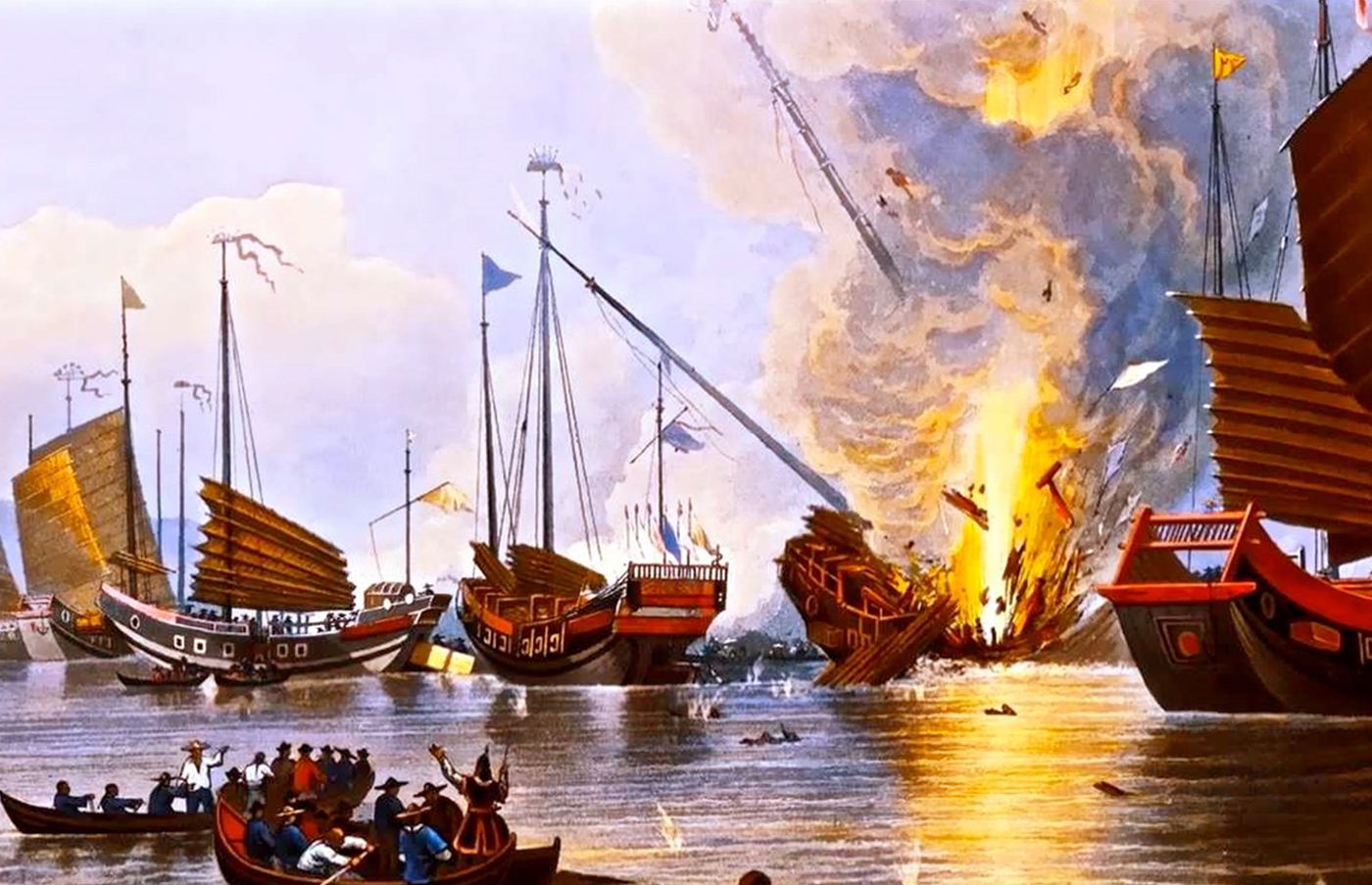 Opium Wars were two armed conflicts fought in China in the mid nineteenth century transforming the history of modern China. The First Opium War took place from 1839 – 1942 between China and Great Britain.

The Second Opium War also called the Arrow War was fought between China and the joined armed forces of Great Britain and France from 1856 – 1860.

China was defeated in both wars with great repercussions.

China had to hand over Hong Kong to the British, open trade with foreigners granting them special rights operating within the treaty ports.

Moreover, the British increased Opium sales in China in the name of free trade without thinking of the consequences this would have on the Chinese people and the Chinese government.

The First Opium War was fought between China and Britain to suppress Opium trade and drug trafficking. British traders were exporting opium from India to China which had increased tremendously in the eighteenth century.

This caused widespread addiction, causing social and economic destruction. In 1839 Chinese officials destroyed over 1,400 tons of opium that were kept in a warehouse in Canton by British merchants. British warships attacked a Chinese blockade on Pearl River estuary at Hong Kong.

A rise in hostilities between the two countries resulted in the British fleet moving up the Pearl River estuary and occupying the city.

Subsequent British attacks against the Qing forces finally led them to capture Nanjing. Although Chinese troops retaliated with determination they were defeated.

After the end of the war, peace negotiations were carried on whereby the Treaty of Nanjing was signed, and Britain got the Island of Hong Kong. The number of treaty ports was increased with Shanghai as the main port allowing Britain to carry on trade.

The British Supplementary Treaty of the Bogue was signed that gave Britain the position of the most favored nation and also gave British citizens extraterritoriality or the right to be tried in British courts.

The Second Opium War began in mid1850 when the Qing government tried to stop the Taiping Rebellion. The British tried to renew their hostilities and wanted to carry on their trading rights. In 1850 U S and European powers were dissatisfied with the terms of the treaties and the failure of the Qing government to adhere to them.

Under the clause of the most favored nation signed with Britain after the first opium war, other foreign powers like United States, Russia and France sought permission to seek the same concessions as Great Britain by signing treaties with China at Tianjin in 1858.

According to these treaties Western powers enjoyed certain rights and privileges and new ports were opened for Western trade along the Chinese coastline. When the Yangtze River was opened, British along with the French, Russians and Americans diplomats were allowed to live in Beijing and to carry on trade with China.

China was resisting some clauses of the treaty, especially pertaining to residence of foreign ambassadors in Beijing. The British continued to attack Chinese forts and captured Guangzhou with the help of French troops.

The British and the French tried to convince China to adhere to the new treaty agreements but the U S Diplomat in 1959 achieved an exchange of treaty ratification.

The agreements between the Western countries and China after the Opium Wars were known as ‘unequal Treaties’ as the privileged status was given to foreigners who could extract concessions from the Chinese.

The war ended with the downfall of the Qing dynasty.

In the negotiations after the war, China added indemnities besides adhering to the Treaty of Tientsin and gave British the right of Kowloon Peninsula across Hong Kong. Now China had to modernize the political, economic and military structure of the country.